Commercial cross country, why not!

In my previous post, I talked about my first commercial lesson.  As part of a commercial certificate, you need to complete a commercial cross country.  You can do this on your own without an instructor but it must be solo.  The regulation states (CFR Commercial Cross Country):

i) One cross-country flight of not less than 300 nautical miles total distance, with landings at a minimum of three points, one of which is a straightline distance of at least 250 nautical miles from the original departure point.

I found a day that was unusually severe clear throughout the southeast so I figured let’s go flying!

I have been planning this flight for several weeks waiting for the right time.  The plan was to depart TTA (Raleigh Executive) and fly down to SSI (Mckinnon St. Simons) and back. Flight plan:

How we meet the criteria:

… with landings at a minimum of three points,

I landed at KMNI, KSSI, and of course KTTA. (I actually landed at another point but i’ll get to that later)

… one of which is a straightline distance of at least 250 nautical miles from the original departure point.

So as you can see, the flight plan completes all of the criteria for the Solo Commercial Cross country.

Note: I call this solo because you have to either be solo or have a CFI ride along.  The CFI isn’t supposed to help you just there for moral support I suppose.

Let’s get to the flight portion of this trip.  Honestly, it was a pretty easy trip, not a whole lot of excitement.  Mostly just listening to ATC and hearing some horrible radio calls.

I woke up early planning to depart at 7:30 am EST.  The weather was predicted to be sky clear all day but the temperature told me that afternoon clouds/thunderstorms are definitely in play.  I figured this would take me around 6 hrs of flight time and around 7 hours total with the stops.  So this would have me back around 2:30 – 3pm EST.

After thoroughly evaluating the weather and convincing myself that this could actually be true (Severe Clear all day). I decided to go for it.  Because you always need a backup plan, I am an instrument rated pilot so if need to file, I can.  And the backup, backup plan … land and wait out bad weather.

I departed TTA at almost exactly 7:30 am EST.  I navigated to my first landing to refuel at KMNI.  However, nature would have other plans.  Since it was early in the morning, my bladder had decided that it wasn’t completely ready to start a long trip.  As such, I decided to make a quick stop at KUDG which was right in front of me.  I figured I could refuel and de-fuel (if you get my meaning).  I was able to successfully perform one of the tasks.  Unfortunately, they unexpectedly ran out of AvGas so a bathroom break would be the only event.

Back in the air for a short flight to KMNI.  This was a sleepy little airfield with Lake Marion right off the southern end of the runway.  After refueling, I was set for my next leg to KSSI.  The lake being right off the southern end of the runway bothered me and with calm wind, I decided to take off on runway 02 (North facing) and do a wide pattern to gain altitude before blasting across the lake.  My reasoning was that I wanted to gain enough altitude to be able glide to land while I was over the water.

The rest of the flight to KSSI was pretty uneventful.  The flight path took me along the east shoreline of South Carolina and Georgia.  Very pretty and very swampy.  It made for a good exercise of “Where do I land if my engine goes kaput!”  I had a few options including some private airfields and long stretches of empty beach in which the tide was low.  It was actually rare that I wasn’t within gliding distance of an airfield and the chances of a catastrophic engine failure is low.  From my understanding, if you have engine issues, typically partial loss of power, not complete failure, is the typical scenario.  However, it was a good exercise to stay vigilant.

Mckinnon St. Simons airport is pretty nice, with picturesque views and nice FBO.  I had a 6 knot gusty crosswind on landing.  Not a big deal, was able to smoothly land.  I watch a few others land and let’s say they made it more interesting than should have been.  Students perhaps?  I guess we’re all students of flight so I shouldn’t pass judgement… I’ve had my moments even after my certificates.

Some pics from the KSSI FBO (Golden Isles Aviation): 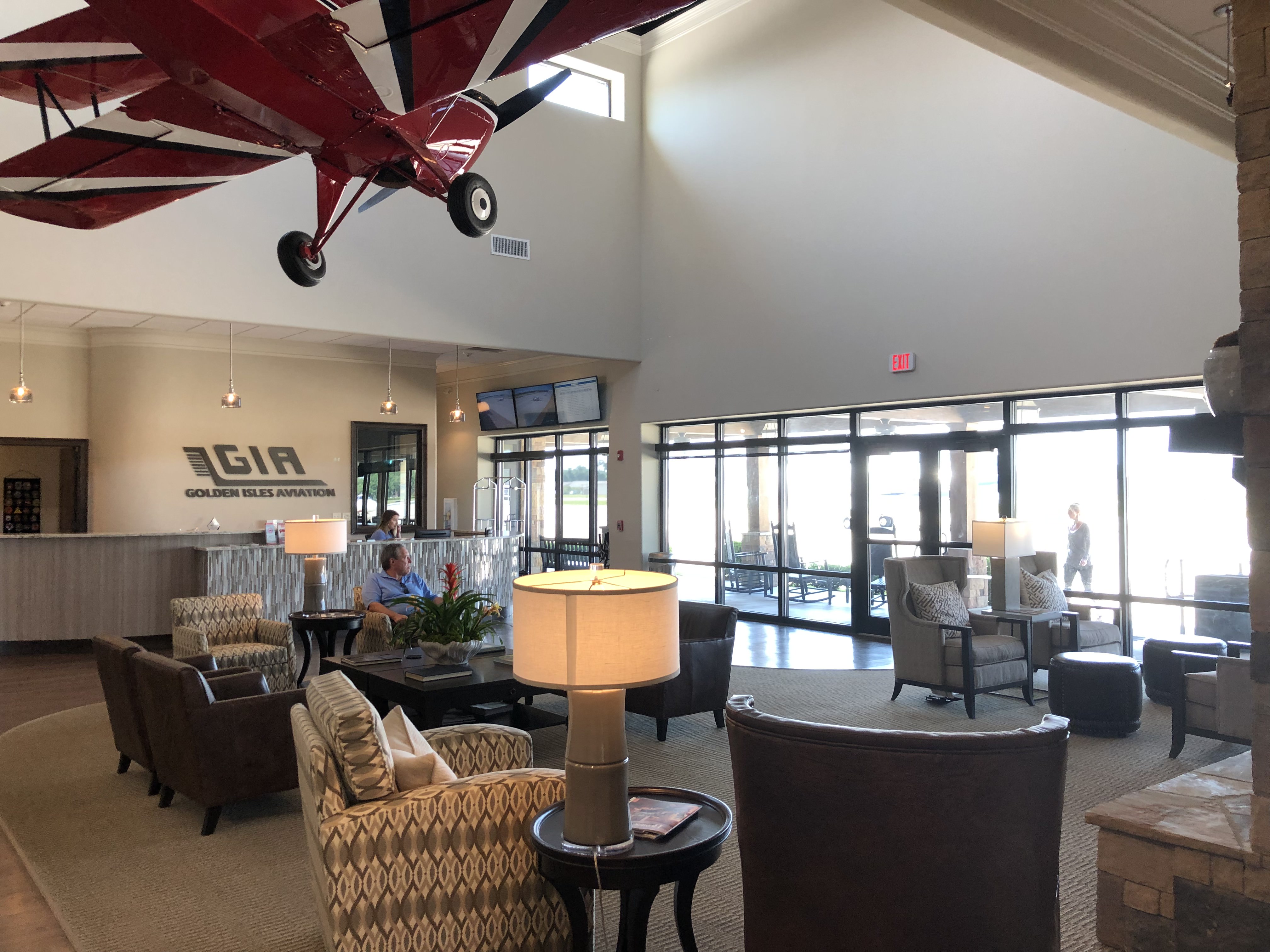 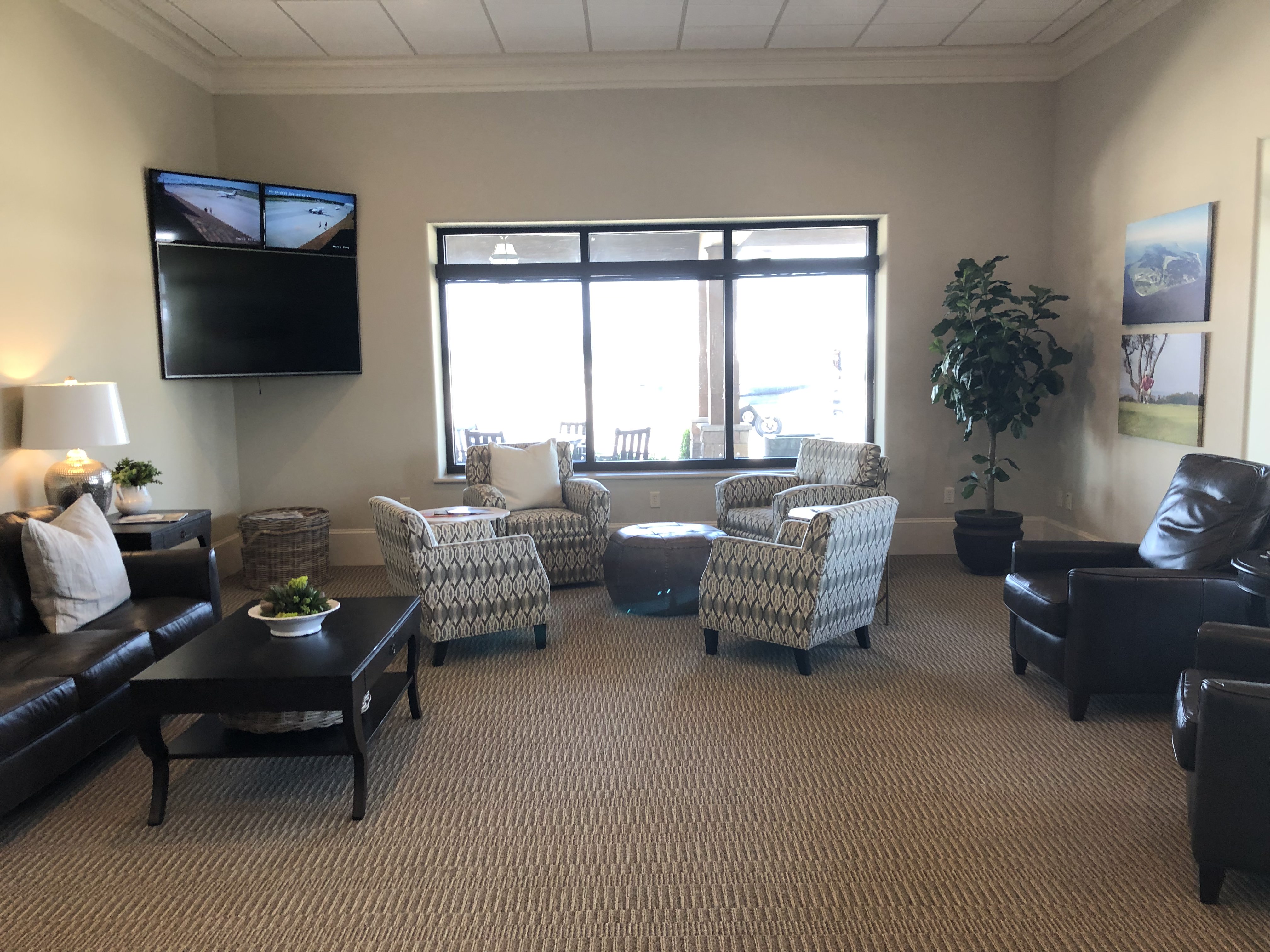 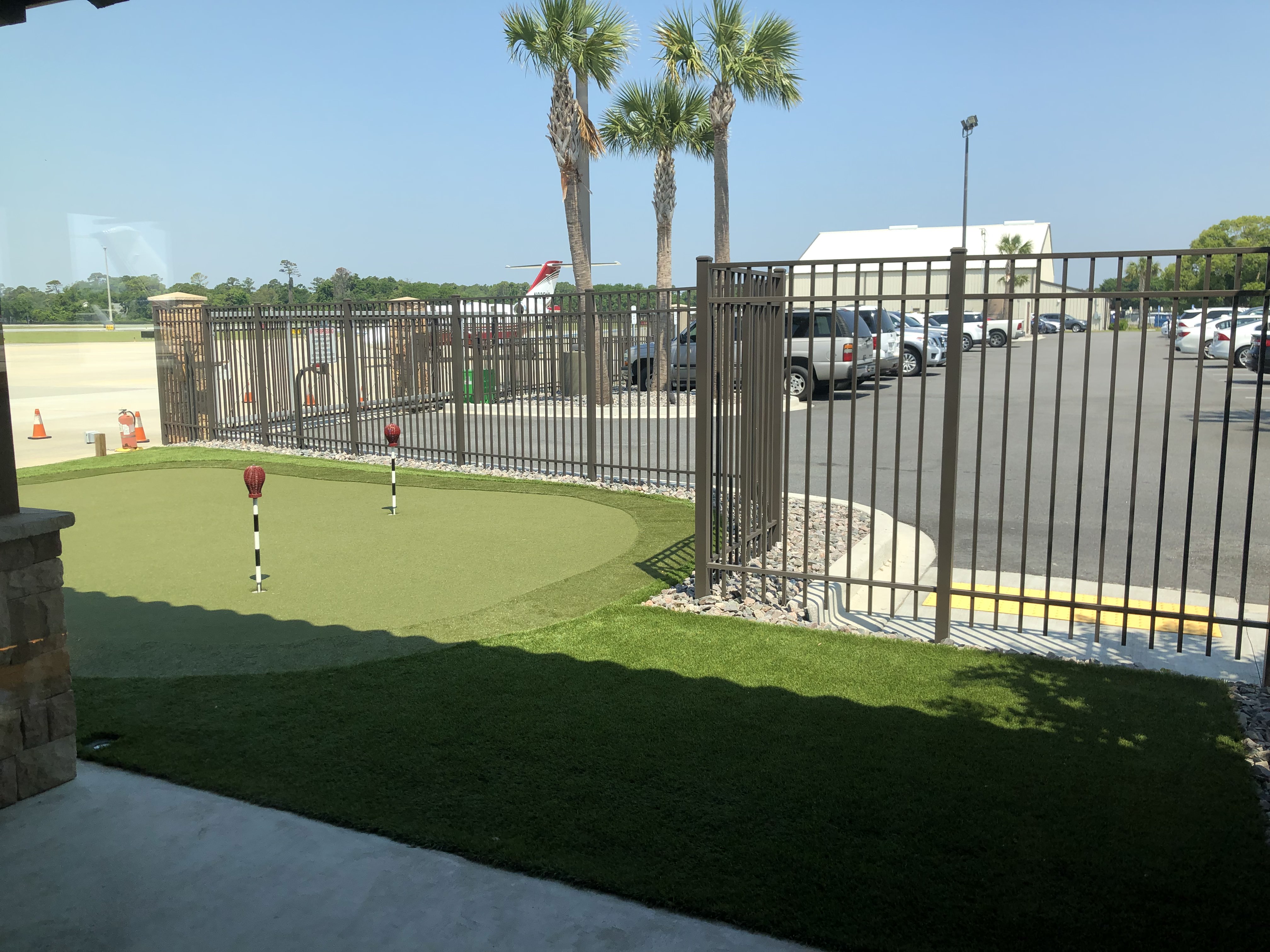 After a short break here to eat a snack and top off the tanks, I departed KSSI for the flight back to TTA.

The flight back was a little more eventful in that clouds started to pop up around the 4500′ level.  About an hour from TTA, I had to descend from 5500′ to 3500′.  To say bumpy as hell would be an understatement.  So much so, I thought about getting a popup IFR so I could climb back up out of the chop.  However, I was already maneuvering a bit to avoid the restricted area and Fayetteville approach seemed to have their hands full with all manner of strangeness.  From pilots not responding due to radio issues to pilots who didn’t seem to know the phonetic alphabet.  D is Delta, not Dog.  F is Foxtrot, not Frank … and so on and so on!

At one point, this pilot just quit with the phonetic alphabet and just said letters.  I have to give Fayetteville approach credit, they were extremely patient.  The request was for a flight following and at one point the controller said, “Can you please repeat your aircraft number and type?”  The wayward pilot responde by telling the controller the letters to the intersection that he was going to. (Not phonetic or faux phonetic, just letters)  The controller then said, “I am asking what the numbers are on the side of your aircraft.”  I have to admit, I giggled a bit.  The struggle is real.

I arrived back at TTA at 2:23 pm which proved my estimate wasn’t too bad.  I logged 6.1 hrs of flight time.  I was pretty efficient in my stops and didn’t lose a whole lot of time on the ground.

It was the longest flight that I have taken without appreciable breaks and once home, I took a nap.  It was really fun and I built some confidence along the way.  I am looking forward to building more hours and starting my commercial training with vigor.

Few more pics from the flight: 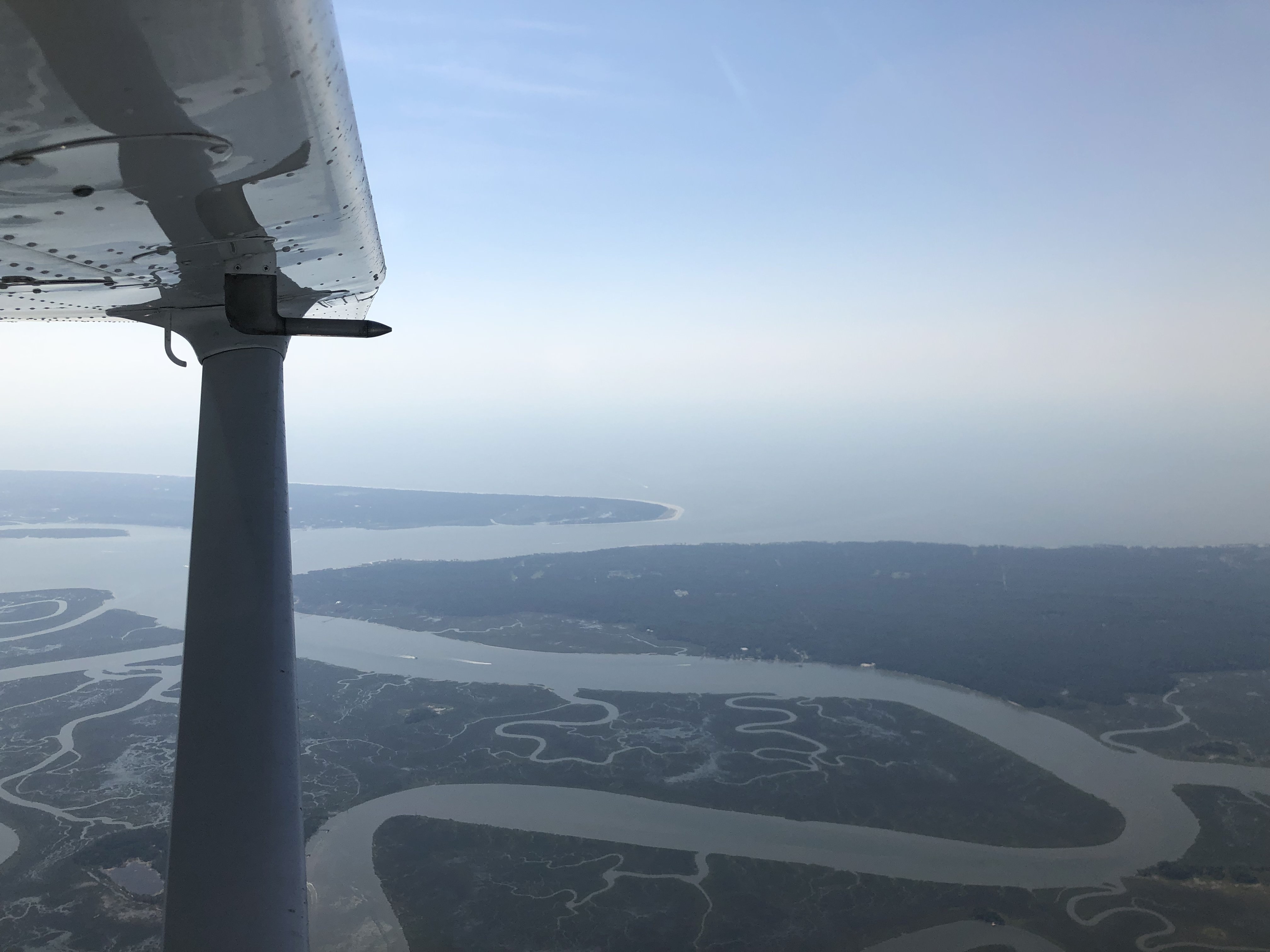 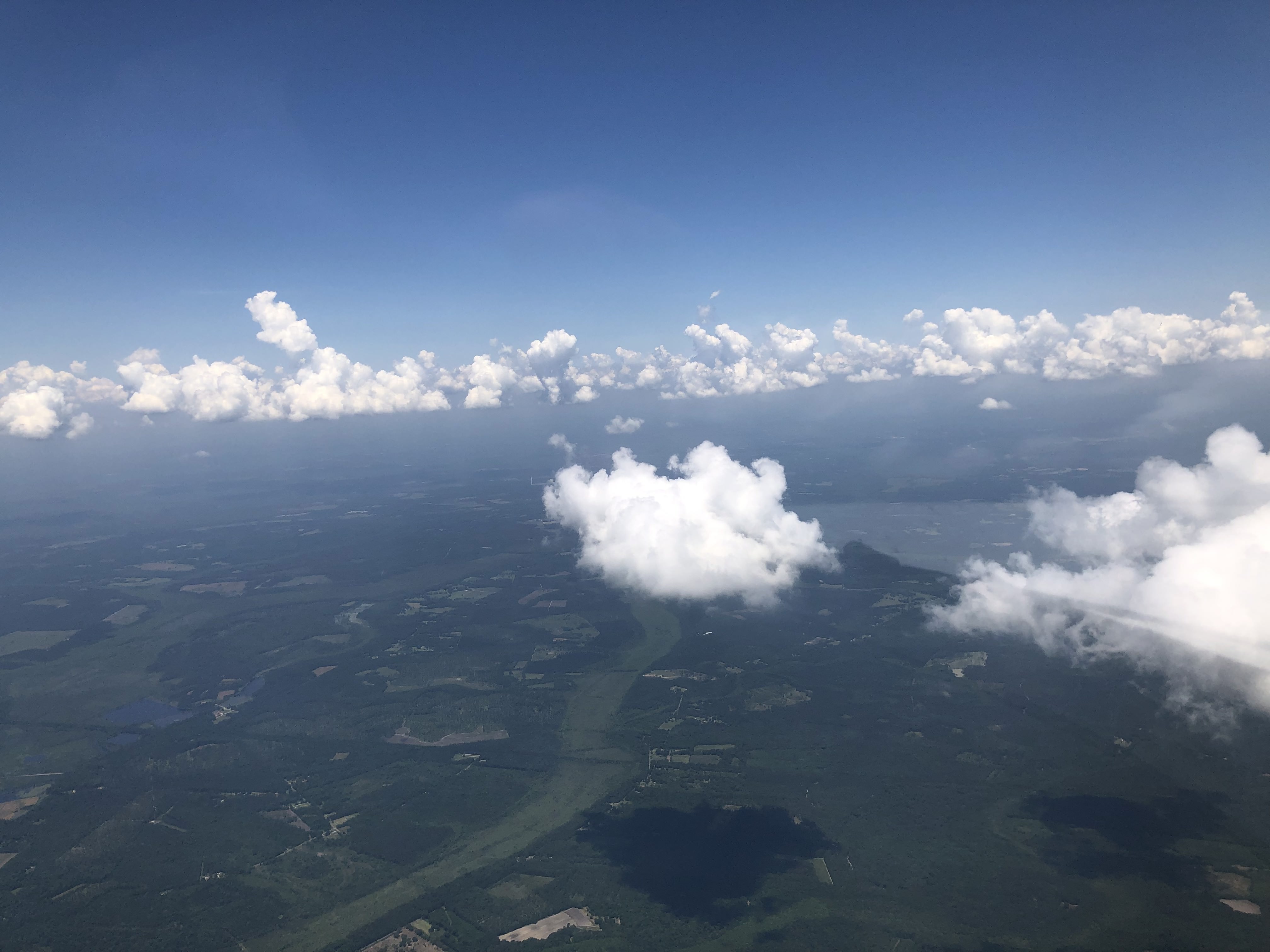 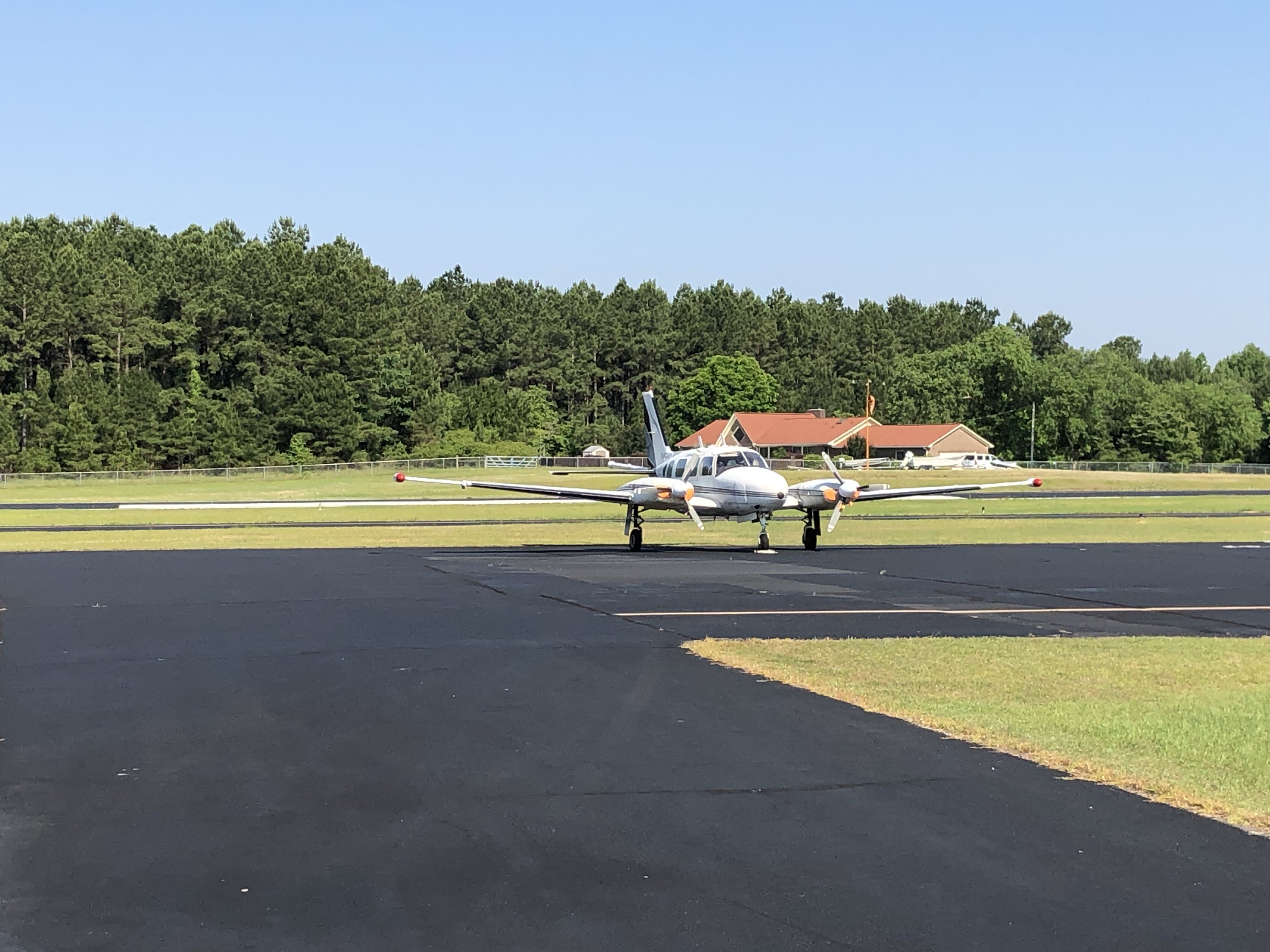 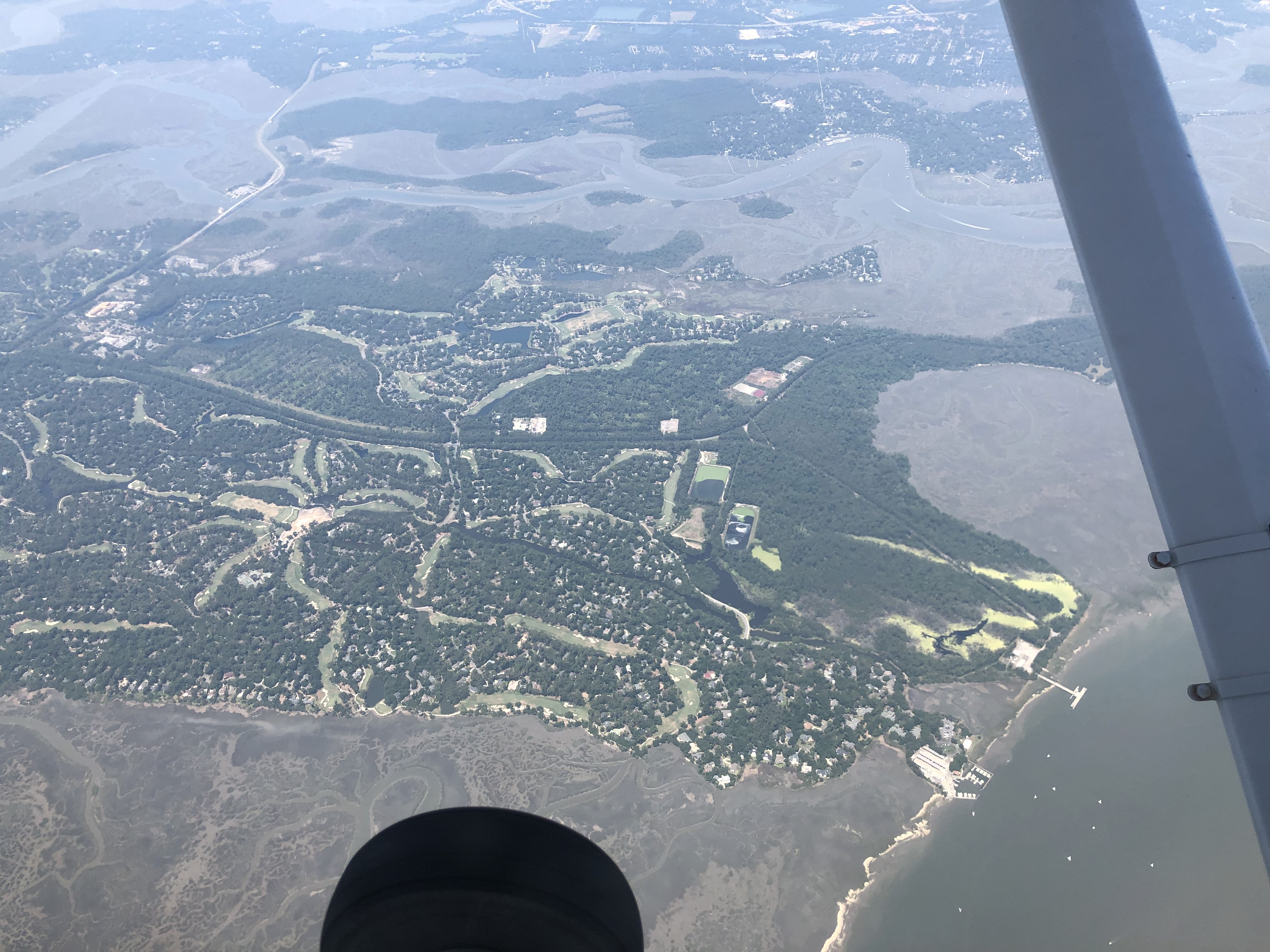 Fly it like you stole it, back in the sky for more training